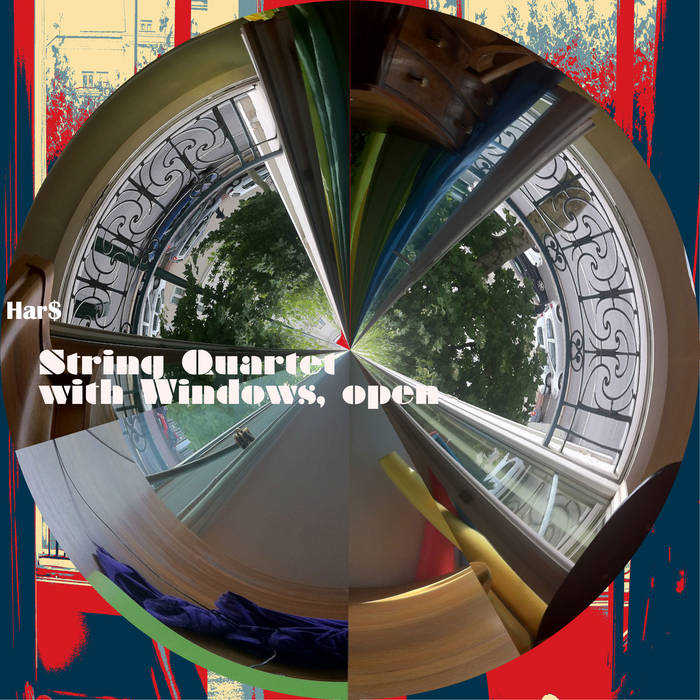 SQWWO is a 'string quartet' (more precisely: a violin quartet) that lasts 24 hours and is playing in my living room, with all windows wide open. I recorded the first version of the work between December 2013 and July 2014, in 72 parts. Each of the parts lasts 20 minutes. Together the 72 parts constitute one full 24 hour cycle, that starts and ends at 9:00 am, where -eventually - it might stars all over again. The recording is, as a matter of fact, a seamless 24 hour loop that interweaves the soft rolling waves of violin sounds (always different, but in a way also always the same) that are played back by two instances of an earlier work ( Kris Kras, see www.harsmedia.com/SoundBlog/Archief/00796.php ), with the waves of traffic that - between two sets of traffic lights - are rolling up and down the road running along my house; always different, and always the same. Moreover and importantly, the character and intensity of the waves of traffic evolve along with the passing of a 24 hour day, with the seasons and the changes in the weather. It is thus that besides being a sonic picture of the street laid out outside my windows, SQWWO, literally and essentially, is about - and is - the passing of time. As the entanglement of random walks that layer two «form-ally» very similar soundscapes (the city traffic sound scape and the violins) the work (remaining without any apparent dramatic development, of an extreme long duration and cycling back upon itself) is a virtually everlasting *now*, an eternal present, which is our future's past.

[ NB.: The playback of the parts is intended to be *gapless*. This is not possible via streaming on this Bandcamp page. Gapless playback can only be achieved by downloading the parts and playing them back in a single playlist in, e.g., iTunes. ]