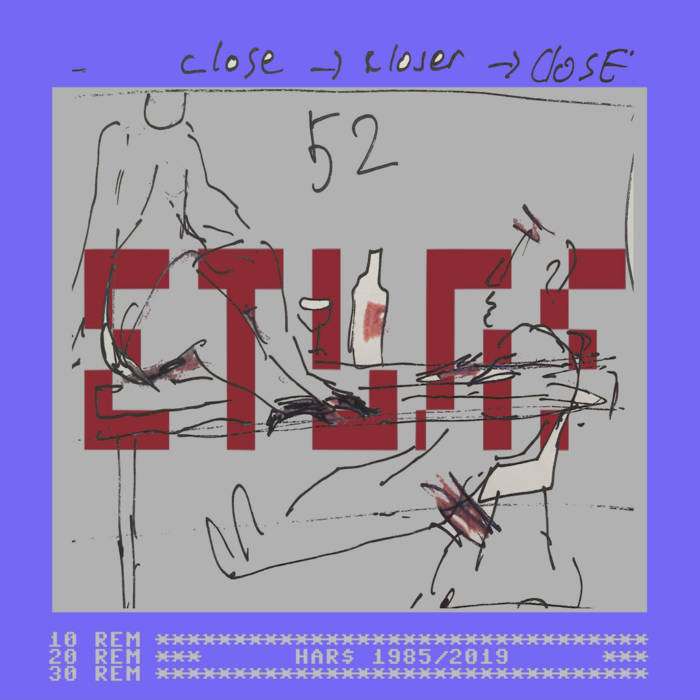 ETUDE was the name of short BASIC sound program that I wrote thirty four years ago, in 1985, for the Commodore 64 home computer. Every run of ETUDE composes an 'etude', a pseudo-lawless lawful tune, with a fixed, strictly circumscribed form: each etude consists in fifty one successive triads (colored notes), in a 'free' rhythm and in a 40 step, slightly wavering, harmonic scale that ranges from ∼155 Hz (about D#_3) to ∼760 Hz (halfway between F#_5 and G_5).

All of the 52 tracks on this album combine an etude —for these particular recordings emulated on a MacBook Pro— with a rendition of the way in which each tune was 'heard' and then interpreted as a melody in our standard western equally tempered scale by an artificial, a virtual, listener, in casu the music notation software ScoreCloud, of Swedish 'music intelligence' company Doremir.

[[The digital download includes a pdf e-book with an introductory text, the full BASIC program of ETUDE, and the 52 scores that are the virtual listener's interpretation of the 'etudes'.]]